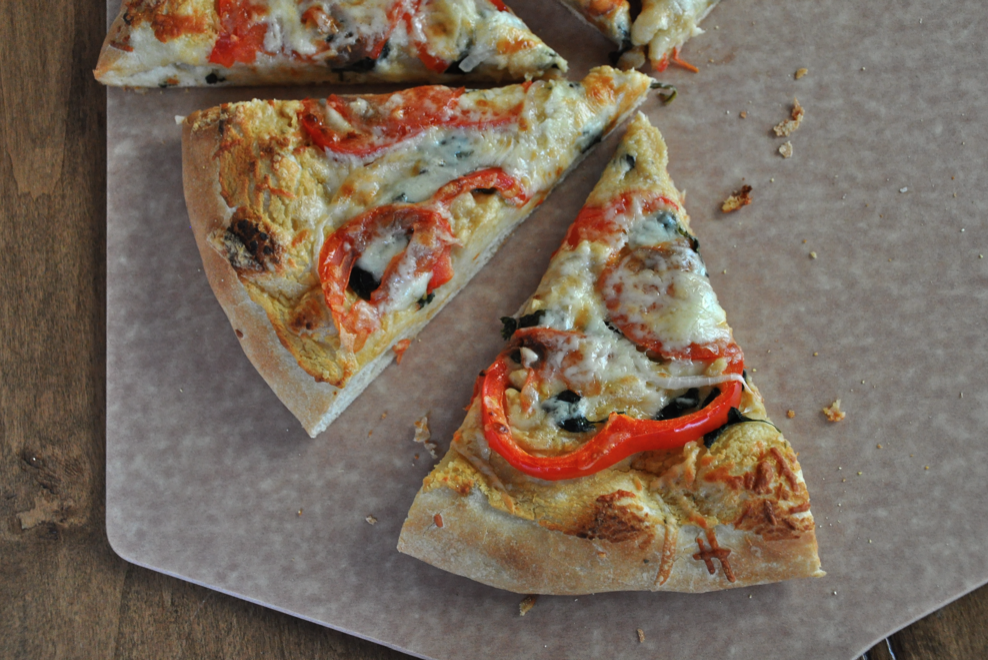 I’m not the type of person who turns to food for comfort, so I’ll spare you the Star Jones “food never judged me” speech. But this pizza was undeniably the result of a much needed emotional release. To me, that’s the beauty of cooking – it’s a welcome distraction in my mind, allowing me to get lost in the process of perfectly preparing each ingredient and then photographing the final product until it turns into art.

I adapted this recipe from a recent feature in Cuisine at Home, tweaking the flavors and simplifying the technique in my attempt to transform traditional pizza into gourmet pie perfection. And let’s just say that for the first time in a while, I have been left (almost) speechless. 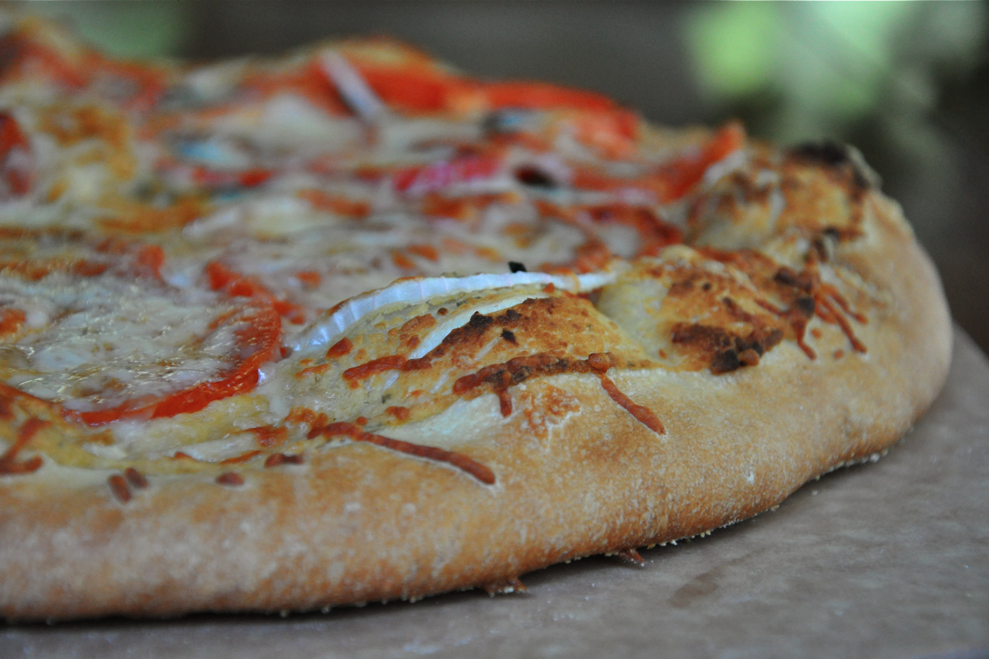 I asked my mom as she took a second bite, “How do I even describe this?” Her response was one word, “Perfect.” There really is no other way to explain how the creamy garlic flavor of the hummus is magnified while roasting on top of a homemade crust that matches doughy texture with every crunchy bite. Caramelized onions offer peaks of sharp flavor, baked into layer after layer of melted provolone and tangy Parmesan.

So while I’m not exactly speechless, I am convinced that this pizza will forever remind me of a slice of comfort, and that alone makes it one for the cookbook.

Ditch your regular slice in favor of this recipe for Veggie Pizza with Garlic Hummus.
5 from 1 vote 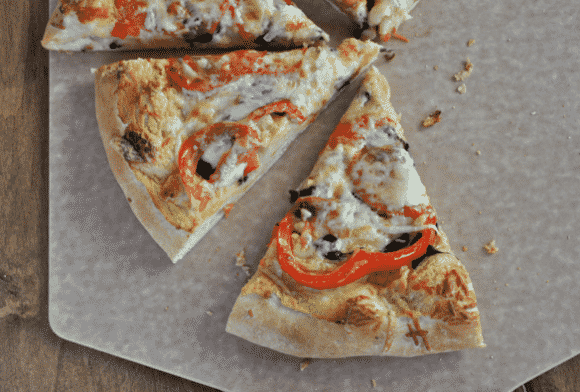 Recipe adapted from Cuisine at Home. 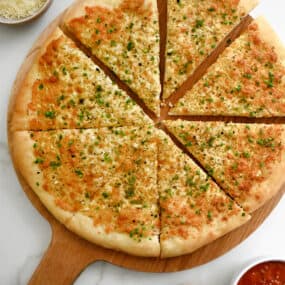 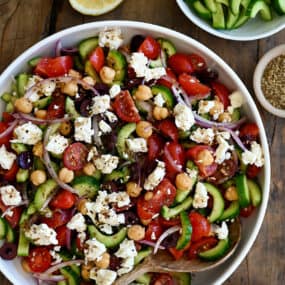 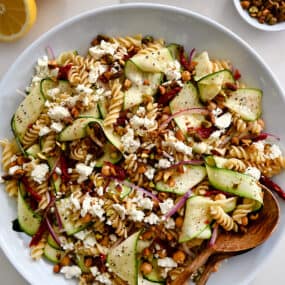