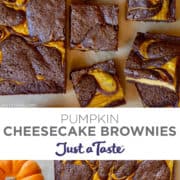 Add a fall spin to a classic dessert with this quick and easy recipe for Pumpkin Cheesecake Brownies! 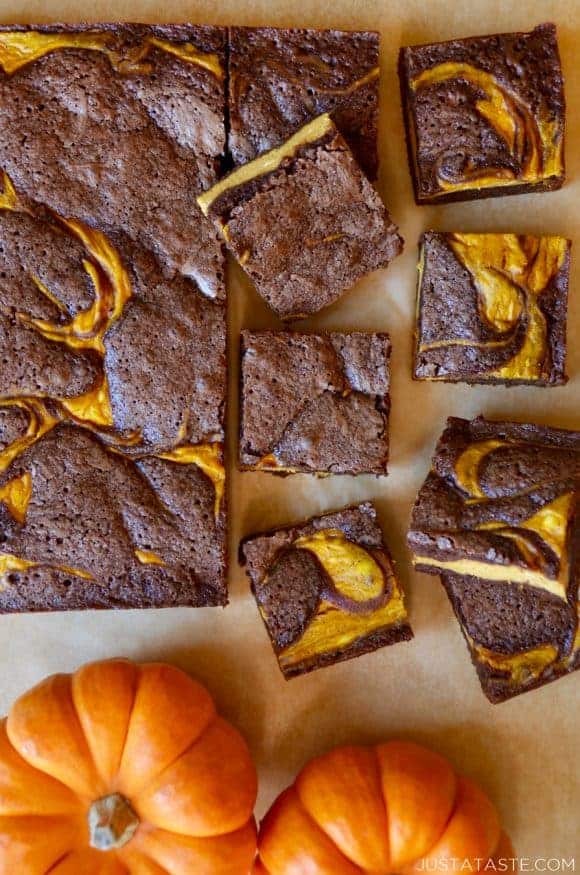 Cheesecake and brownies have joined forces many times around here, whether it be in raspberry, butterscotch or red velvet form. But because we are currently all about the pumpkin, it was about time fall’s greatest gourd got a taste of a two-in-one dessert duo that marbles chocolate, pumpkin and cheesecake into you-can’t-eat-just-one Pumpkin Cheesecake Brownies. 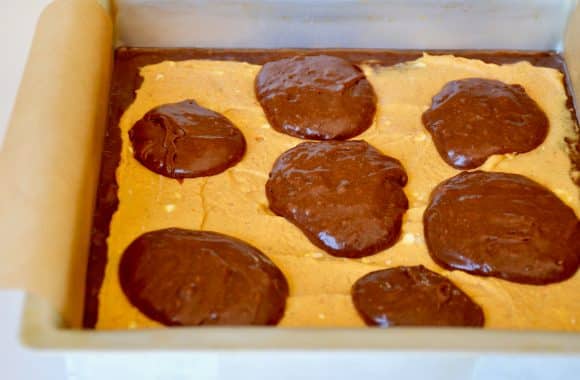 It all begins with a homemade brownie batter base. But because we’re quickly approaching the hectic holidays, I’ll serve this one up straight: Yes, you absolutely, totally and without hesitation could make this exact recipe with a box brownie mix.

This is a No Judgement Zone. And in all honesty, couldn’t we all use a few extra minutes in the day to binge-watch 90-Day Fiancé, eat copious amounts of Jelly Beans and wonder why even our maternity jeans are suddenly extra snug? No? That’s just me? (But seriously, you guys, 90-Day Fiancé … can we discuss?!) 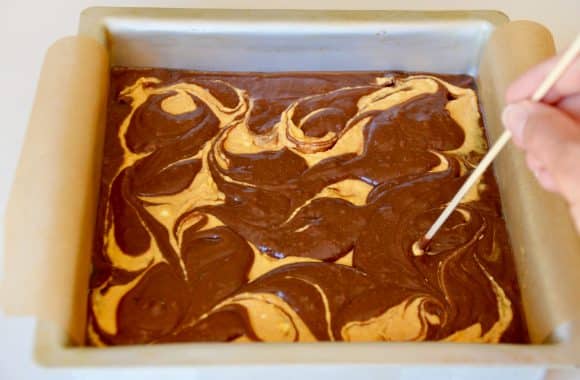 And for all those doubting if pumpkin and chocolate actually harmonize together, allow me to point you in the direction of the all 5-star ratings Pumpkin Chocolate Chip Muffins to alleviate any doubts. It’s a dynamic duo that must not be missed! 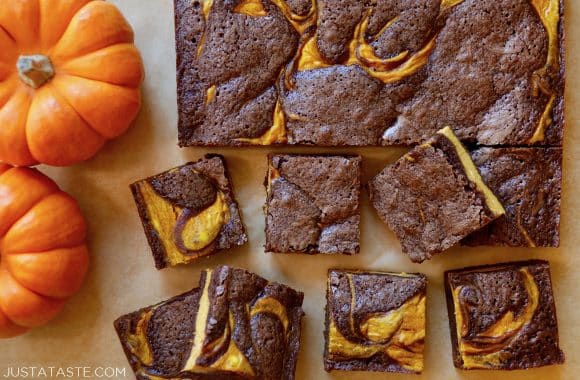 Add a fall spin to a classic dessert with this quick and easy recipe for Pumpkin Cheesecake Brownies!
5 from 1 vote

For the brownie batter:

For the pumpkin cheesecake: 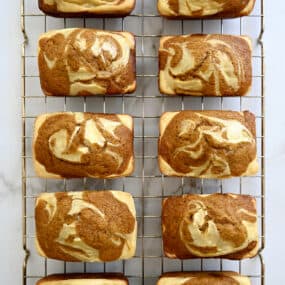 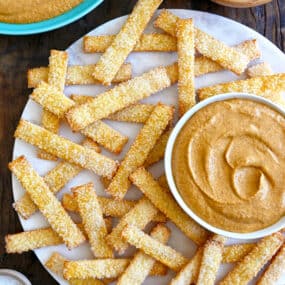 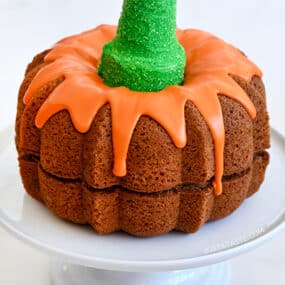