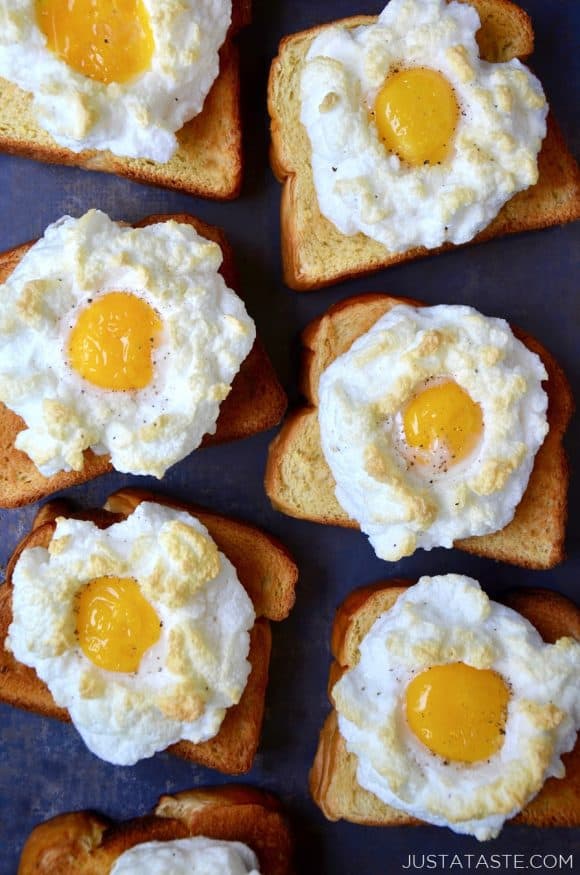 So how does one go from basic baked eggs to this new and improved update? 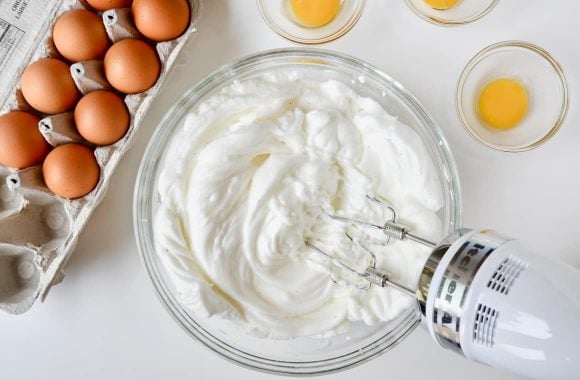 With a whole lot-o-whisking. Opt for a traditional whisk and a bunch of arm power, or go the quick route and use a handheld mixer or stand mixer. No matter how you whisk ’em, the real secret to cloud egg success is to whisk the egg whites until stiff peaks form. You need a firm egg white base so that it holds its shape when baked. Just remember: 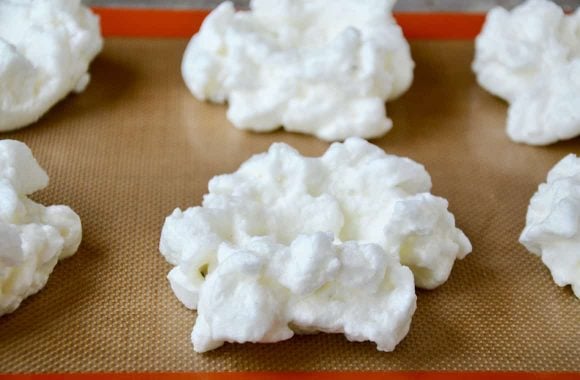 So now that you have the technique mastered, the next question is: How do they taste? For lack of a better explanation, exactly how they look. Egg whites, whether scrambled, baked or fried, are virtually tasteless, so the cloud portion remains flavorless yet with a very distinctive texture (think cotton candy meets meringue).

And then shining in the center, is the good ol’ yolk sun. And it can be as gooey or as firm as your heart desires. For a runnier egg, bake the clouds for a total of 4 to 5 minutes. Any for a firmed yolk, add an extra minute to your total baking time. 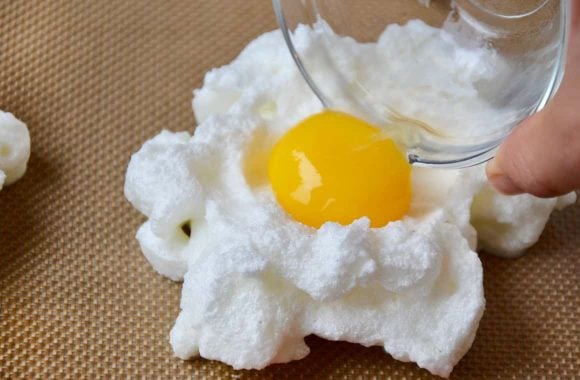 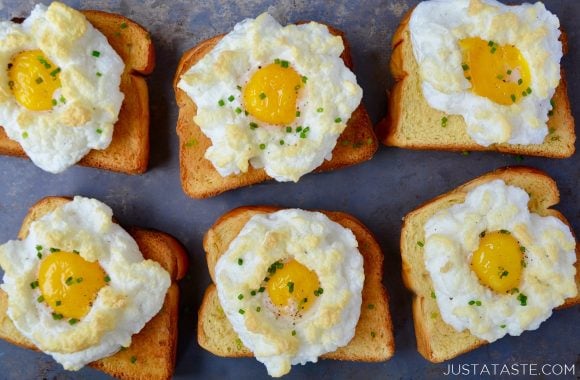 Enjoy an updated take on baked eggs with the lightest, fluffiest Cloud Eggs!
3.67 from 6 votes 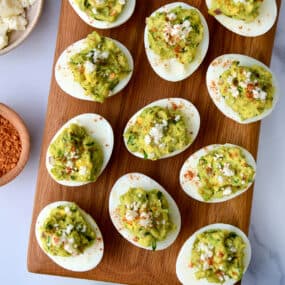 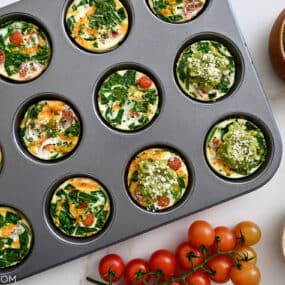 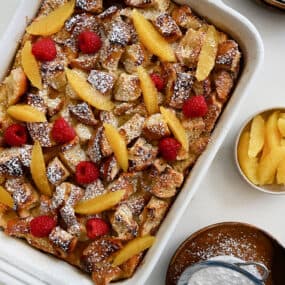