Add a creative spin on a breakfast classic with a quick and easy recipe for Fluffy Ricotta Pancakes. 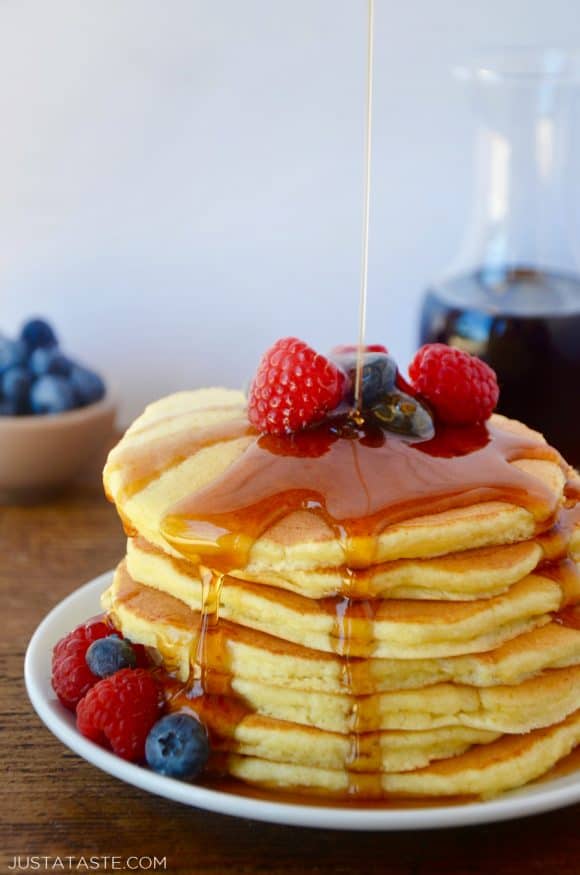 There are more than a dozen takes on pancakes on Just a Taste, ranging from the classic buttermilk stack to the summertime favorite corn-filled flapjacks. And who can forget the savory king of them all, cheesy potato pancakes!

While I am a fan of all things sweet and savory when it comes to carb towers, there’s just something about the addition of creamy ricotta cheese in this latest creation that has this recipe heading to the top of my breakfast list. 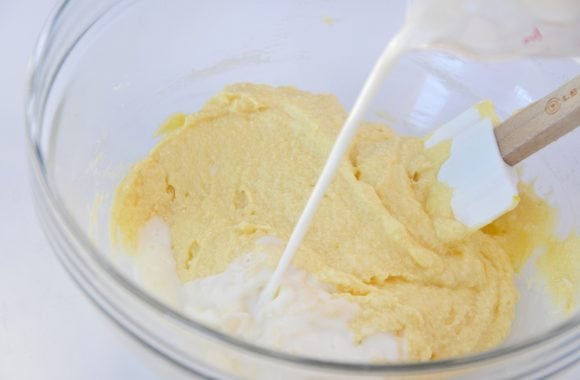 The pancakes start off like any traditional batter, with the usual suspects of flour, eggs and milk making their appearances.

But then an extra step takes these bad boys from flat to fluffy.

While the step of whipping the egg whites to stiff peaks adds a few minutes to your prep time, it works wonders in the texture and consistency departments. Much like my beloved buttermilk waffle recipe, whipped egg whites give the batter an airy texture, which translates to major fluff. 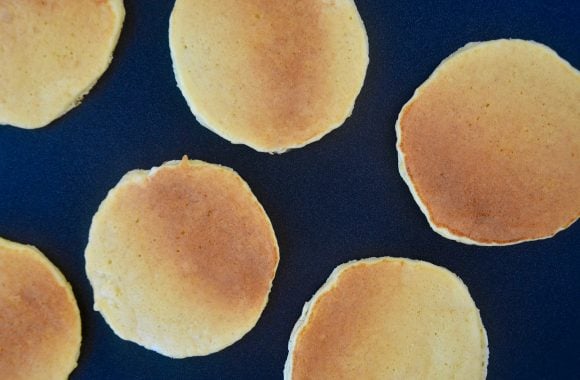 All that airiness counterbalances the density of the ricotta cheese, which adds a creamy texture but also a touch of heftiness.

Unlike ordinary pancakes, which puff up and cook through in 2 to 3 minutes, ricotta pancakes usually take a bit longer to fully cook. So embrace the longer cook time with a mimosa (or two) while you prepare your toppings. I’ve opted for warm maple syrup and the season’s best-looking berries, but any type of fruit compote, chopped nuts or a dollop of whipped cream would be welcome additions. (Especially if it’s my Secret Ingredient Whipped Cream!) 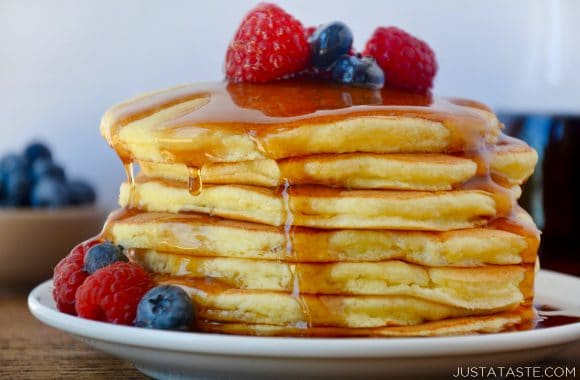 Add an updated twist to a breakfast favorite with a quick and easy recipe for Fluffy Ricotta Pancakes.
5 from 5 votes 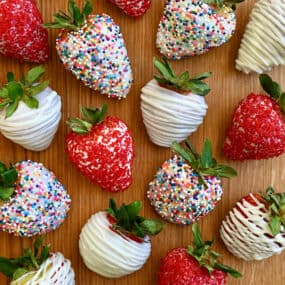 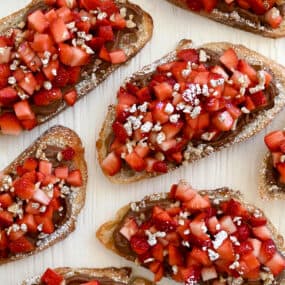