Brownie bites and I go way back, and my love affair with the tiny treats has been well explored around here. I’ve dabbled in both the classic cheesecake and the German chocolate cake-inspired varieties, but I think this latest version takes the brownie bite. Welcome to the sweet snack-size soiree, Red Velvet Cheesecake Brownie Bites.

This dessert is dedicated to all those struggling with the decision between red velvet cake, cheesecake and brownies. Let me tell you that I know the struggle is real. Thankfully, no further decisions will be required because now you can enjoy all three desserts swirled into one trifecta of a bite. That is sweet success indeed. 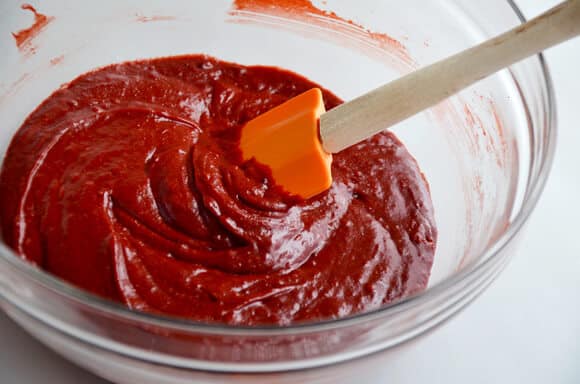 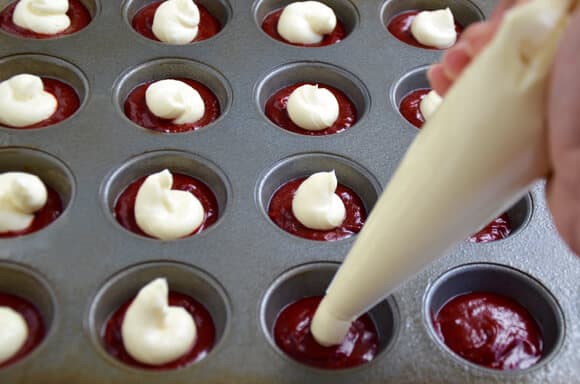 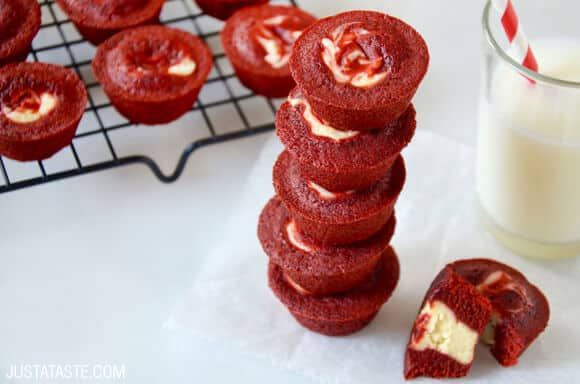 Whip up a perfectly portable and snackable dessert with this quick and easy recipe for Red Velvet Cheesecake Brownie Bites!
5 from 5 votes 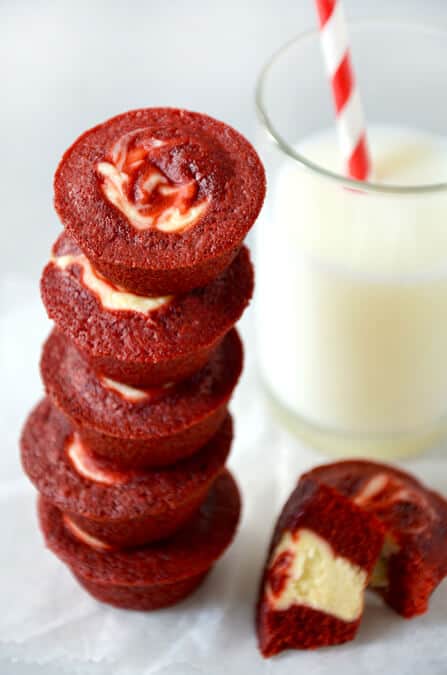 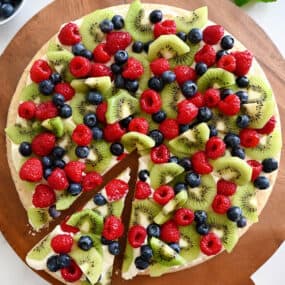 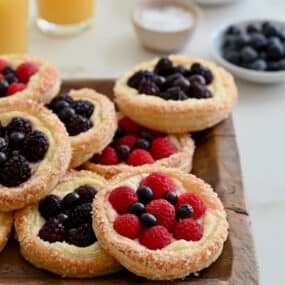