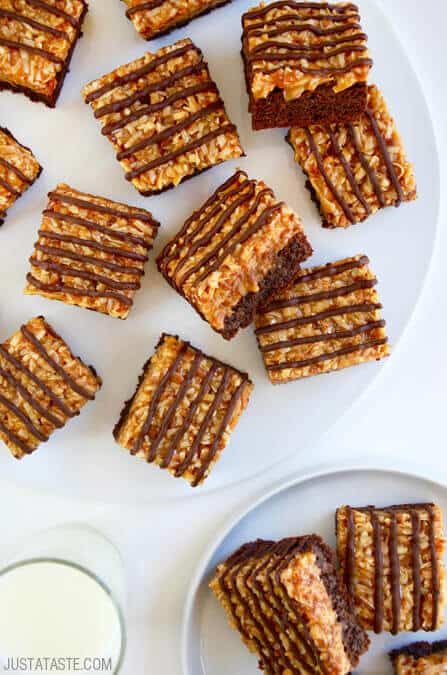 There are a handful of recipes from the past 8 years that really stick out in my mind as all-time favorites. There is the crowd-friendly Slow Cooker Honey Garlic Chicken, the leftovers-loving Cheesy Mashed Potato Pancakes, and for the veggie enthusiasts, the 5-Ingredient Zucchini Fritters. But high atop the list of memorable desserts is none other than Homemade Samoas Cookies.

The DIY take on the classic Girl Scout cookie is getting some serious competition by joining forces with a chocolatey counterpart to form my latest and most favorite dessert, Samoas Coconut Caramel Brownies. Imagine a fudgy-meets-cakey brownie base topped with a chewy coconut-caramel mixture that’s sealed with a final chocolate drizzle.

So it’s your turn to step aside, shortbread cookies, and give brownies a chance to carry the coconut-caramel torch of dessert glory! 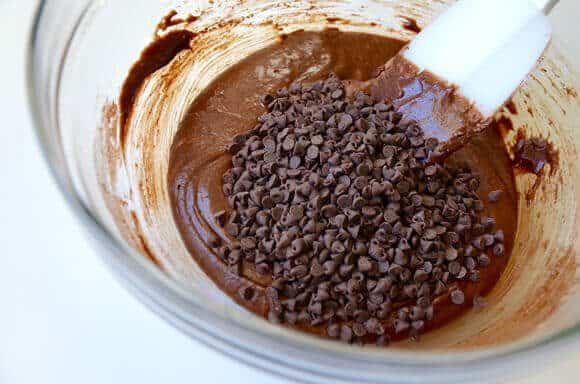 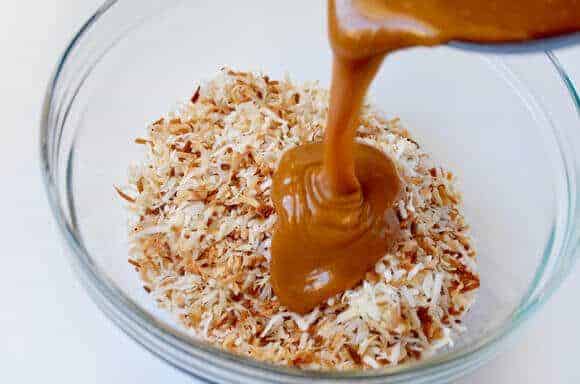 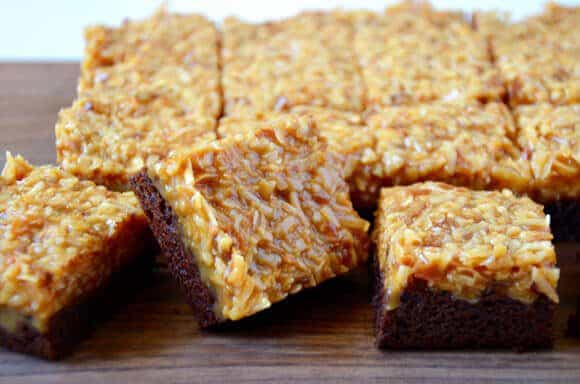 For the coconut caramel topping:

Preheat the oven to 350°F. Line an 8-inch square baking pan with foil then grease the foil with cooking spray.

In a large bowl, whisk together the oil, melted butter, sugar and vanilla. Whisk in the eggs until the mixture is combined.

In a separate medium bowl, whisk together the flour, cocoa powder, baking powder and salt. Gradually add the dry ingredients to the wet ingredients, mixing just until combined then stir in the chocolate chips. Pour the batter into the prepared baking pan and bake the brownies for 25 to 30 minutes until they’re set in the middle. Remove the brownies from the oven and set them aside to cool while you make the coconut caramel topping.

Preheat the oven to 350°F. Spread the coconut flakes into an even layer on a baking sheet. Bake the coconut for 10 to 12 minutes, stirring it halfway through, until it is toasted and golden brown. Transfer the toasted coconut to a large bowl.

Melt the caramels and milk in a double-boiler, stirring until the mixture is smooth. (See Kelly’s Notes.) Pour the caramel over the toasted coconut and immediately stir the mixture until the coconut is coated then quickly pour the hot mixture over the cooled brownies, pressing it into an even layer. (The brownies do not have to be cooled entirely prior to topping them with the coconut mixture.)

I prefer the Werther’s Original Soft Caramels, as they melt easily into a very smooth caramel.

A double-boiler consists of a larger saucepan filled with water and set over medium heat. You then set the smaller saucepan (filled with the caramels and milk) inside the larger one.