Go from homemade or store-bought pizza dough to breakfast deliciousness with a 35-minute recipe for Pizza Dough Cinnamon Rolls. 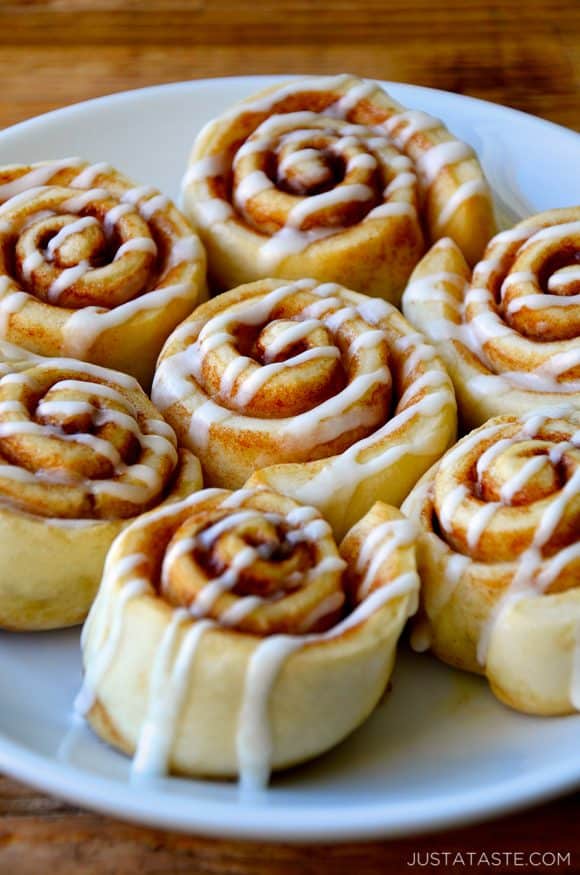 My thought process leading up to this latest creation was simple: Leftover pizza dough is sitting in my fridge. It’s 8 a.m. I love carbs. I love butter. Hello, Pizza Dough Cinnamon Rolls.

As history has shown, I’m all for baked goods that don’t involve yeast (see examples 1 through 789 here). There’s no proofing. There’s no rolling. Heck, there’s even no mixing if you go the store-bought pizza dough route. 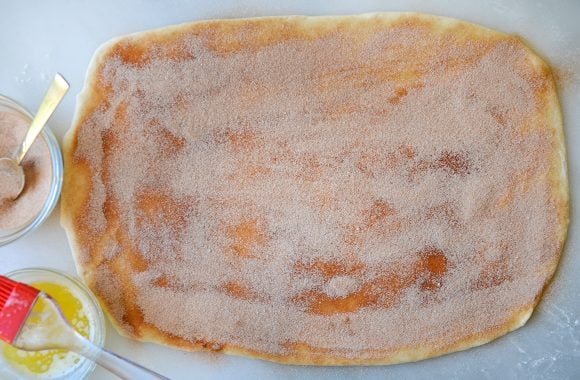 And since I’m always in need of a new way to use up leftover pizza dough, ditching savory for sweet seemed like the perfect solution to the morningtime munchies. 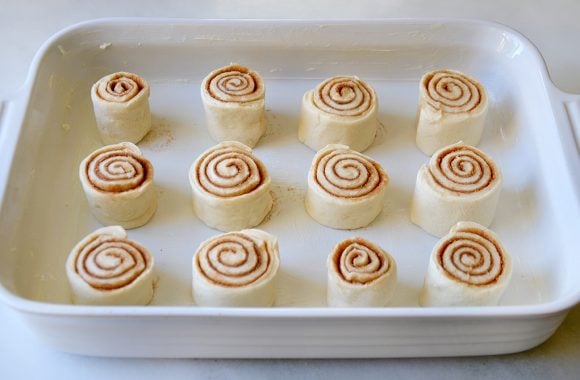 Pizza dough brushed with butter, sprinkled with cinnamon and sugar, and drizzled with vanilla glaze? I’ll skip the pepperoni any day for that. 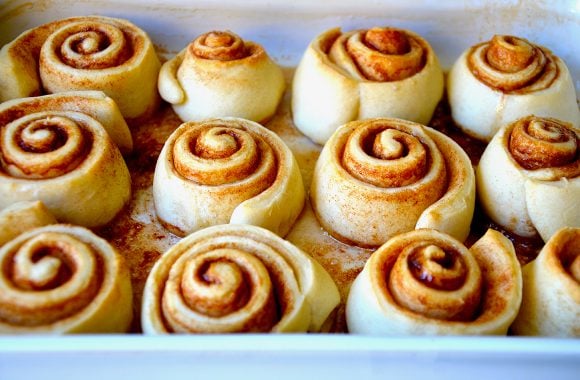 So next time you’re stocking up on store-bought pizza dough, or whipping up a yeast-free DIY batch, double-up and keep one in the freezer for a 35-minute journey to the ultimate Pizza Dough Cinnamon Rolls. 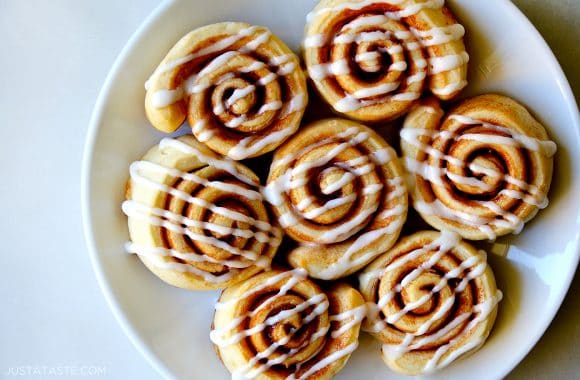 For the cinnamon rolls:

Preheat the oven to 375ºF. Grease an 8x11-inch baking dish with unsalted butter.

In a small bowl, stir together the cinnamon and sugar.

Lightly flour your work surface then roll out the dough into a 16x10-inch rectangle. Brush the dough all over with the melted butter then sprinkle it with the cinnamon-sugar mixture. Starting at the long end closest to you, tightly roll the dough into a log. Cut the log into 12 rolls, about 1 1/2-inches each. Arrange each roll in the prepared baking dish about 1 inch apart.

Bake the rolls for 20 to 25 minutes until the dough is fully cooked. (See Kelly's Notes.) Remove the rolls from the oven and let them cool slightly while you make the glaze.

In a medium bowl, stir together the butter, powdered sugar and vanilla extract. Whisk in the hot water 1 tablespoon at a time until the glaze reaches your desired consistency. Drizzle the glaze over the slightly warm cinnamon rolls and serve immediately.

Pizza dough is easier to roll out when it's at room temperature versus when it's cold.

Pizza dough gets crispier on the edges than traditional cinnamon roll dough so when in doubt, underbake the rolls to guarantee they remain soft.

Unlike cinnamon rolls made with traditional dough, these rolls are denser in consistency and chewier in taste as a result of the pizza dough.