I cook at home as often as humanly possible. But there are days when opening up a bag of dried pasta seems like the equivalent of running a marathon. An entire homemade meal just doesn’t happen every night, so often times I revert to an exercise from my days in culinary school: The Market Basket.

Think of it like Chopped meets Survivor meets Kelly is starving and doesn’t want to wait 45 minutes for carryout to be delivered in New York City. So I open my fridge, get my creative juices going, and whip up a meal out of anything that’s within arm’s reach of my fridge or my pantry. In culinary school this resulted in some seriously outstanding fare, including the time I created a dish of Roasted Poussin with Sweet Potato Hash and Sage Oil. Those were the days. But not surprisingly, my fridge last week didn’t contain anything that even remotely resembled a poussin.

And in fact, when I opened my fridge, I saw this:

How pathetic is that?

I’ve always been a big believer in decoding people’s fridges (á la MTV Cribs), so in an attempt to shield myself from any judgment, I feel like this barren ice box image deserves an explanation:

The short version of this long story is that I never made it to my weekly Whole Foods stock-up session. And the even shorter version is that with a few eggs, butter, and a quick pantry raid, I whipped up these Toffee Blondies. They are my go-to treat for the very reason that they are the easiest dessert to make when supplies are limited. I use the same base for Peanut Butter Blondies, as this recipe really is the ideal way to transform any and every piece of Halloween candy into a freshly baked dessert bar.

So grab what’s on hand and get that oven preheating. And please share what you currently have (or don’t have) stocked in your fridge!

Preheat your oven for soft and chewy Toffee Blondies.
5 from 1 vote 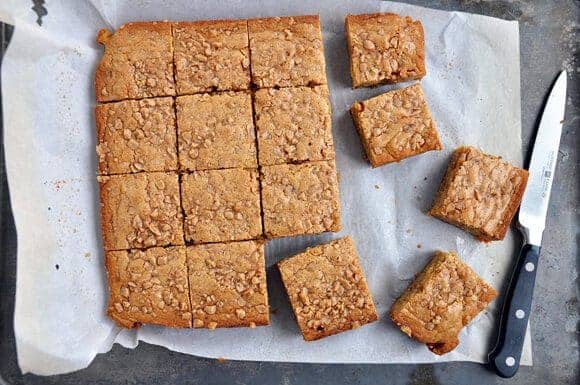 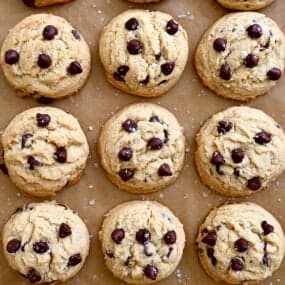 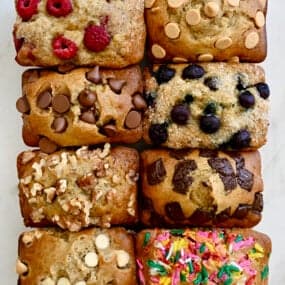 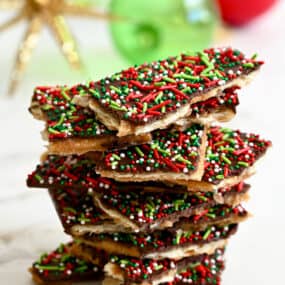