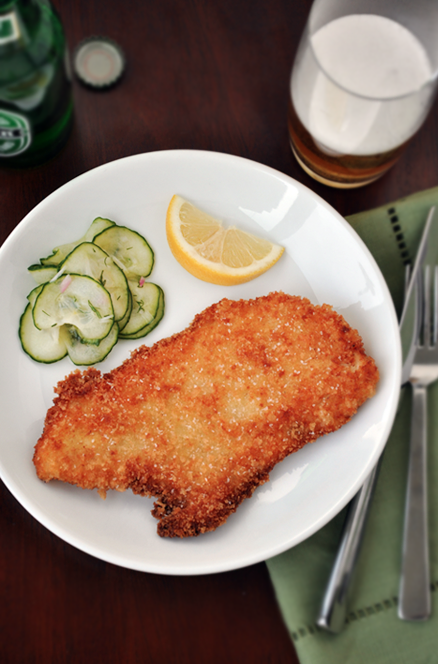 Crispy cutlets dredged in flour, eggwash and breadcrumbs, pan-fried to golden brown perfection, doused with a squeeze of citrus and sprinkled with a pinch of salt.

The story as to why or how my siblings and I grew up calling schnitzel “Little Guys” doesn’t exist. Blame it on randomness. Consider it relatively odd. Go ahead, cock your head and go “huh?”

And while traditional Wienerschnitzel is made with veal, we often put our own American spin on this eastern European classic by subbing in chicken, turkey or even pork. And after years of using traditional breadcrumbs, this past Christmas I got a lesson from Wolfgang Puck, the Wienerschnitzel master, who told me that crushed Panko is the secret to the lightest, crispiest, most golden brown crust imaginable.

This family favorite recipe for Hungarian Wienerschnitzel stars crispy cutlets dredged in flour, egg wash, and breadcrumbs, pan-fried to golden brown perfection, doused with a squeeze of citrus and sprinkled with a pinch of salt.
5 from 2 votes 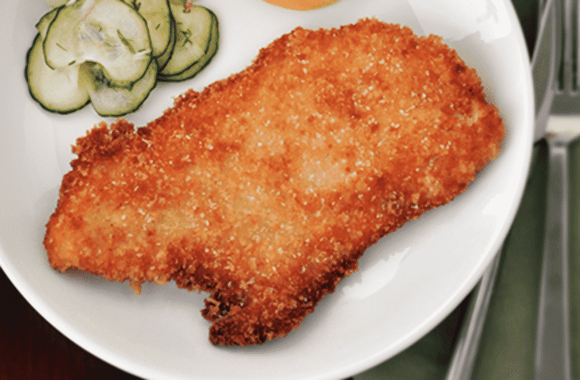 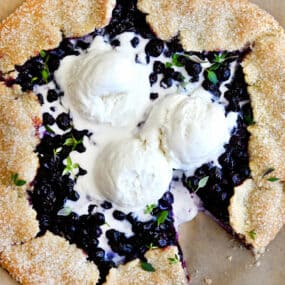 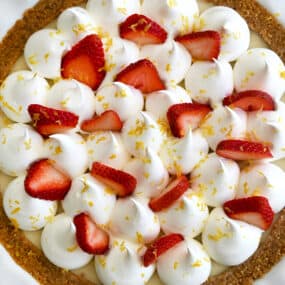 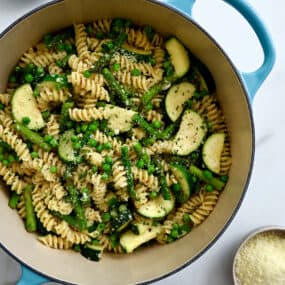