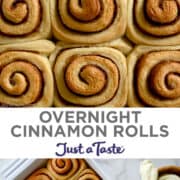 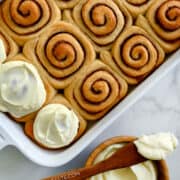 Take the stress out of the ultimate breakfast treat with an easy recipe for Make-Ahead Cinnamon Rolls with Cream Cheese Frosting.

There’s just something about the freshness factor of the cinnamony swirls, whether I spot them at a kiosk in my local mall, or smell the aroma of that classic frosting from 14 gates away at airports across America.

There’s only one other option when it comes to achieving that level of fresh: the DIY route!

How to Make Overnight Cinnamon Rolls

Are homemade cinnamon rolls a labor of love? You bet! But with a few simple tricks for how to successfully start and then stop the prep, you can in fact master Make-Ahead Cinnamon Rolls, a.k.a. Overnight Cinnamon Rolls.

Check out the swirled beauties above. They’re all ready for stashing in your fridge, which means you’re 90% of the way there.

Then all that’s left to do in the morning is pop them into the oven and start sippin’ on your mimosa while you whip up the topping.

How to Make the Best Cream Cheese Frosting

And that right there is a big-time breakfast win. Cinnamony, swirly, buttery, better-than-Cinnabon perfection.

To really master DIY dough, tune in below to discover the surprising place where I proof my cinnamon roll dough!

Take the stress out of the ultimate breakfast treat with an easy recipe for Make-Ahead Cinnamon Rolls with Cream Cheese Frosting.
4.72 from 7 votes 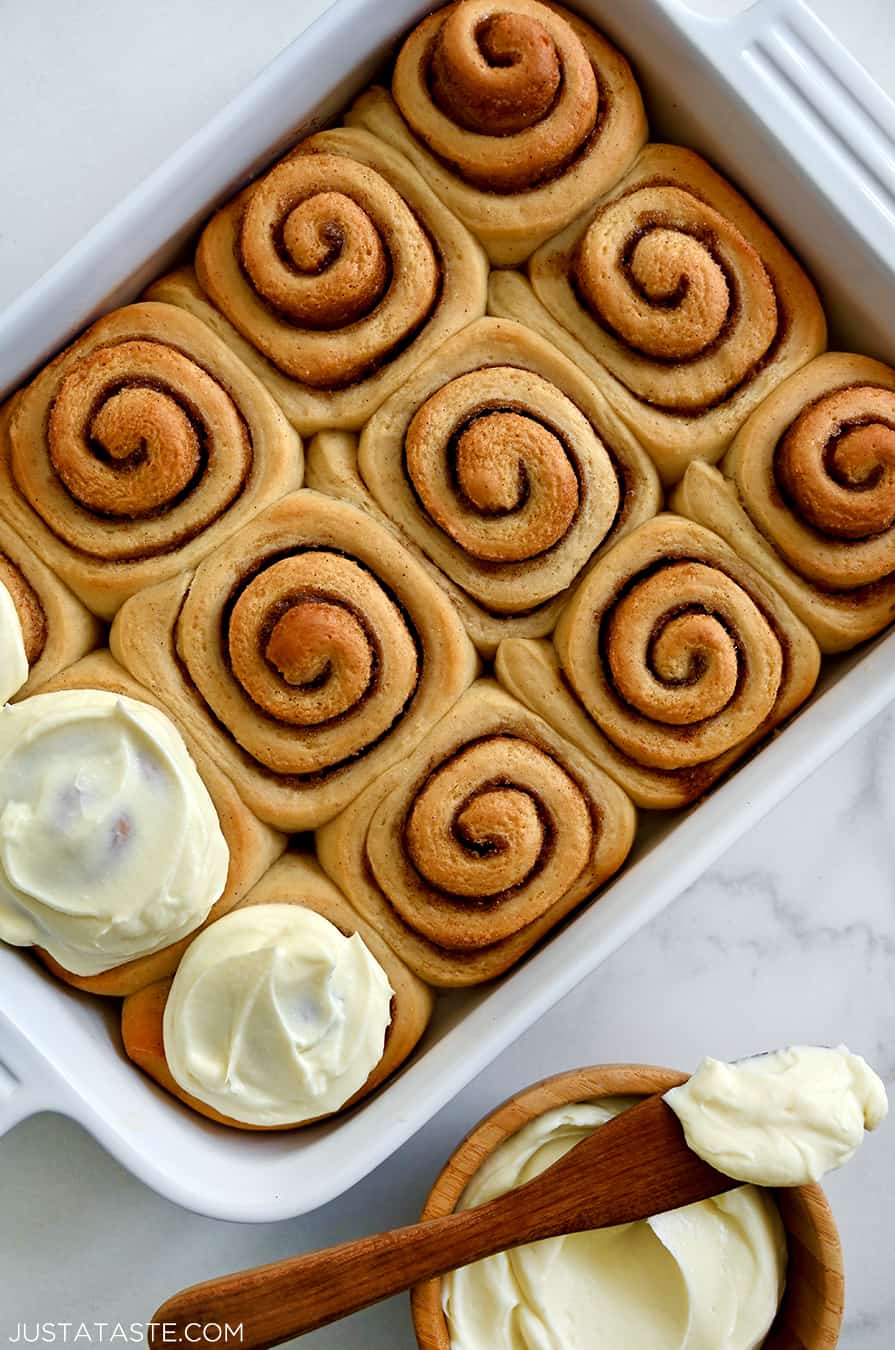 For the cinnamon roll dough:

For the cream cheese frosting: 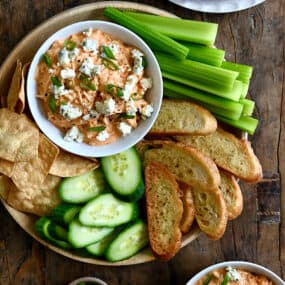 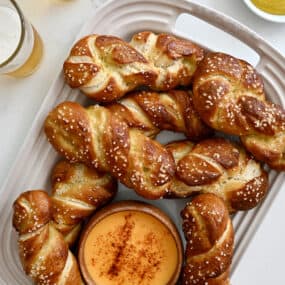 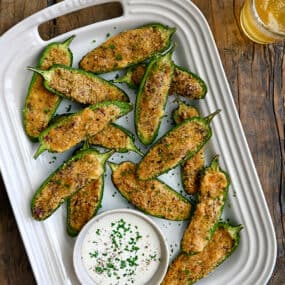