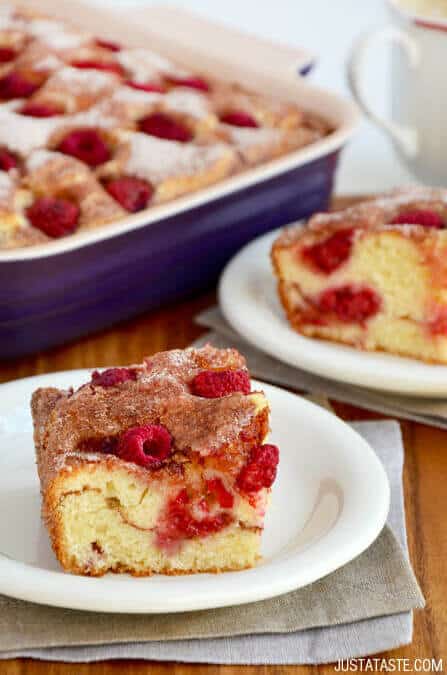 Sour cream makes all baked goods better, from doughnuts to cupcakes and every sweet treat in between. So it may come as little surprise that sour cream coffee cake happens to be the most moist, most tender and most flavorful excuse to eat cake in the a.m. Add fresh raspberries and a swirl of cinnamon-sugar to the equation and you’ll be ditching the cereal in favor of a warm slice of breakfast bliss.

One of the many draws of this recipe is that the fruit can be customized to suit your taste buds or the seasons. Skip the raspberries in favor of strawberries, raspberries, blueberries or sliced stone fruit (hello, peaches and plums!). Feeling extra-inspired? Toss in some toasted chopped pecans or walnuts for added flavor and crunch. Mornings have never been sweeter! 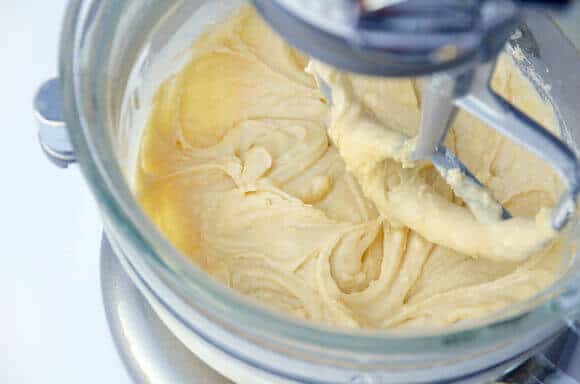 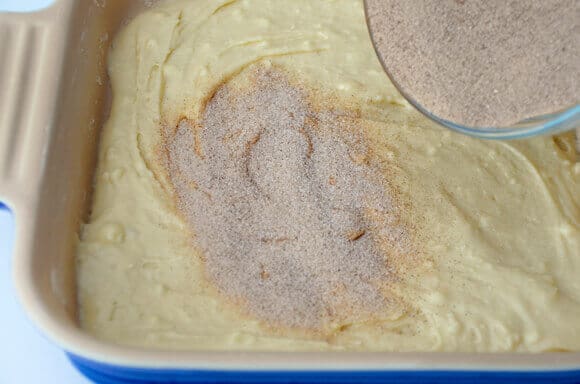 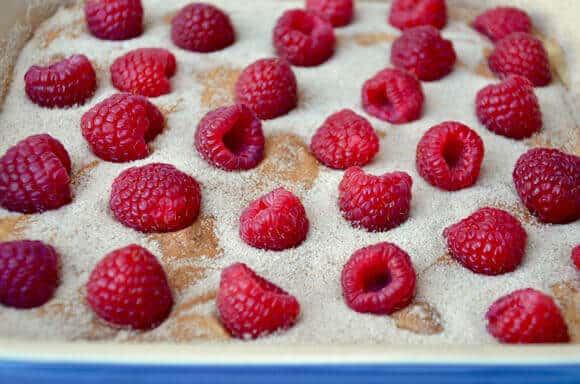 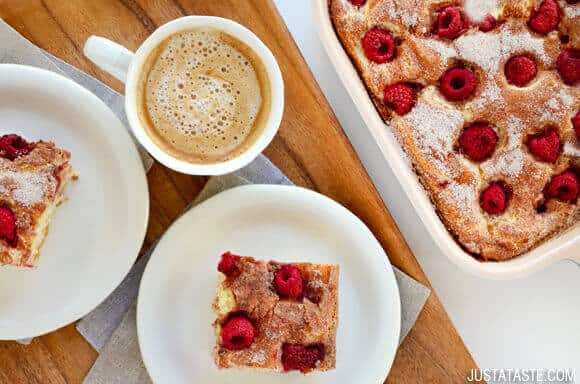 For the coffee cake:

In a small bowl, mix together the sugar and cinnamon. Set the mixture aside.

In the bowl of a stand mixer fitted with the paddle attachment, cream together the butter and sugar until well combined, about 3 minutes. Add the eggs and vanilla extract and beat until combined.

In a separate medium bowl, whisk together the flour, baking powder and salt. Alternately add the flour mixture and the sour cream to the bowl of the stand mixer, mixing between each addition.

Bake the coffee cake for 50 to 60 minutes until a toothpick inserted comes out clean and the center is set. Allow the coffee cake to cool for 5 to 10 minutes in the pan then cut it into slices and serve.