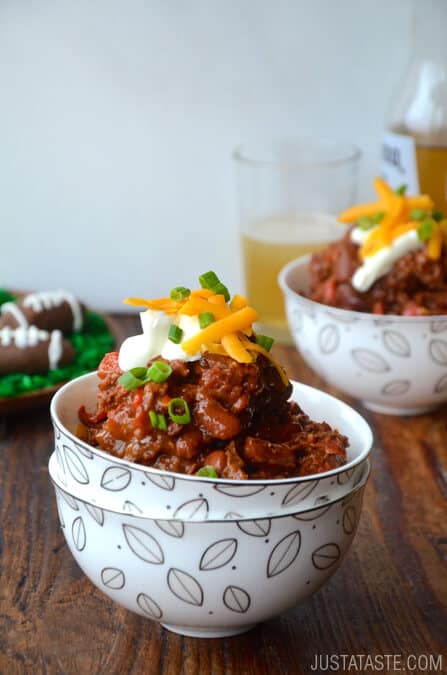 What a weekend it was in the NFL playoff round. Three out of the four teams I was hoping would advance on the road to the Super Bowl ended up losing, leaving New England as my sole surviving team this season. Tom Brady, once again, you’re my main man. Take us to the top, Tommy.

For all those also left drowning their sorrows after 16 quarters of passing around the pigskin, this Super Bowl Chipotle Chili con Carne is for you. It’s a satisfying, stick-to-your-ribs type of chili. Less beans, more beef, and a bit of bacon fat to top it all off. And those little chocolate footballs in the background up above? You’ll have to wait until next week to get your fingers on that extra-special Super Bowl-themed sweet finale. 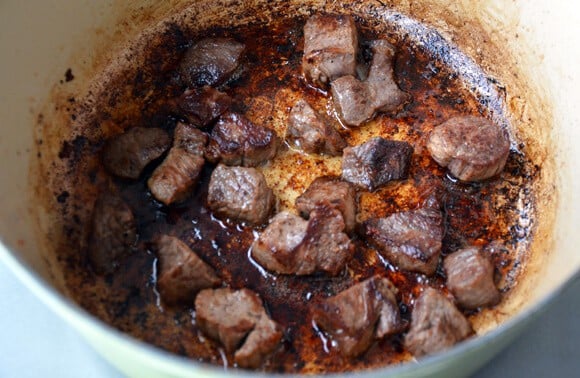 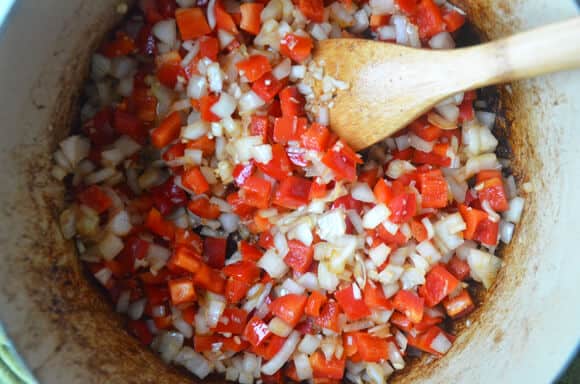 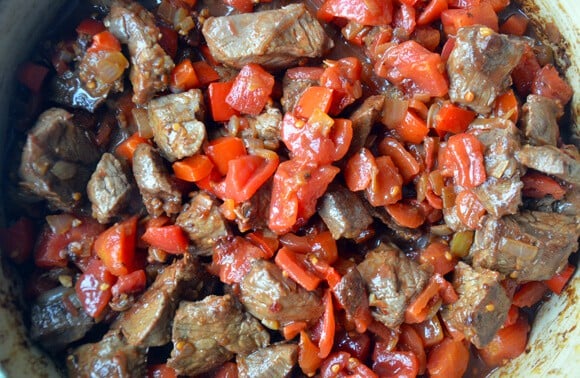 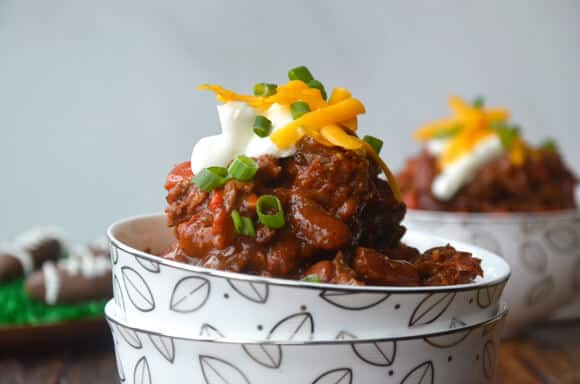 Cook the bacon in a large, heavy pot (such as a Dutch oven) over medium heat until browned. Transfer the bacon with a slotted spoon to a paper towel-lined plate and reserve all of the bacon drippings in the pot.

Season the beef chunks with salt and pepper. Increase the heat to medium-high and sauté the beef chunks, in 4 to 5 batches (so the pieces aren't overcrowded), in the bacon drippings for 5 minutes per batch until they're browned. Transfer the beef to a plate.

Pour off all but 3 tablespoons of fat from the pot (add vegetable oil if you don’t have enough fat left), reduce the heat to medium, and then add the onions, peppers and garlic. Sauté the vegetables, stirring occasionally, until they begin to brown, 8 to 10 minutes.

Stir in the cocoa powder and cumin and sauté for 1 minute. Return the beef, along with any juices, to the pot. Stir in the bay leaf, diced tomatoes (with liquid) and chipotles in adobo. Bring the mixture to a simmer and cover the pot.

Simmer the mixture (covered), stirring occasionally, until the beef is very tender, about 3 hours.

Uncover the pot and increase the heat to a boil. Boil the chili, stirring frequently, for 10 minutes until it thickens slightly.

Stir in the kidney beans and season with salt and pepper. Simmer the chili for 5 minutes and then stir in the reserved bacon. Serve the chili with assorted toppings.

While it's tempting to speed up the beef-browning process, take your time to really let each batch brown fully. It's that browning that contributes an intensely rich flavor to the chili.

This chili tastes great (and even better!) on the second day, so feel free to make it a night in advance and keep it in the fridge before rewarming and serving.

Recipe inspired by Epicurious and Gourmet.